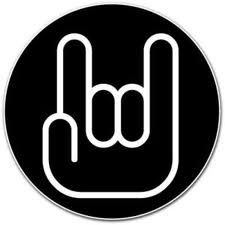 It has often been said that to run with our crew, you must be assigned and actively maintain a nickname, or series of names, as the crew sees fit to develop, morph and advance it accordingly. Some stick, and some fade away, but most, as we are about to find out, are permanently forged into the Annals of Nickname Infamy. The Captain, Jackie, El Rosa, Power Fog, JT, Ham Sandwich, Mitch Barker, Slippery, Killer, Gay, Mulligus, and many more are used in conversations and contact lists as if they were given names handed down by god herself. I’ve received wedding invitations and panties addressed to S. Fairmont. JT has his own bobblehead. Mulligus has so many names that no one knows who the fuck we’re talking about.

Over a jug or seven last Sunday, while waiting for some football game to start, a few of the fellas and i took it upon ourselves to attempt to brainstorm on the mother of all nickname owners; friend of the show Chris Sherk. If not for the advent of the book of faces, i’d bet dollars to Dave’s nuts that few of us would even know that. Well, there was that one time back at the Palace when i heard it screamed over and over at top volume, “Chris Sherk! Chris Sherk!!” I think it was followed up with something like, “Take off that fucking toque!” But i digress.

The following, in some boozy order, may or may not be all, most, or some of the 15 nicknames in the vagolutionary chain from Metal Chris to Vaggleupagus (est. 2012).

Metal Chris: The initial fusing of ‘metal’ to his given name, signifying his penchant for playing Sven Gali’s first album lick for lick, Ugly Kid Joe tattoos, blasting the Crüe, and hand-gesturing ‘metal’, along with an obscene, twisted, and encyclopedic knowledge of 80’s cock rock. He also used to have long, shitty hair and owned a snakeskin BC Rich Warlock. \m/

Metal Vagina: This was the TSN Turning Point. Amazingly, some people still don’t know this story, but it involved the Captain, GT’s, a midget hooker, the Tribbianis, and the instantly former Metal Chris closing his DJ set upstairs with Bryan Adams’ Heaven.

Metal Wee: The European (i’m a peein’, we’re all a peein’ from so many damn Drehers) vacation version, complete with proper, softened pronunciation for use whilst amongst the locals. This is not a reference to any type of metallic urination, despite all those damn Drehers.

Wee: Shortened Euro, proper. Not size-related, as far as i know.

Sunrise Guy: Often used during public Vaginal sightings where he, “Like totally looks familiar! Right Britney? Do you work at like White Oaks or something?”

Vagina: The dropping of ‘metal’ was instrumental in softening the reference, increasing the general gayness factor tenfold.

Vag: The shortest, easiest and most popular usage, as embraced by my dad greeting him one evening with a healthy, “Hey Vag!” shouted across the main room at Poacher’s Arms, after a couple of tasty pints.

Vagina Puppet Man: A short-lived, but much-celebrated reference from the movie 200 Cigarettes. (5:45) Because there’s a market for vaginas.

Roch Vagine: Speaking of French accents, there’s no fucking reason why the nickname couldn’t take on the persona of a popular-anywheres-east-of-here 80’s French Canadian pop singer. I believe ‘Vagine’ was actually a B-side of the fourth single from his second double album, Je Suis Un Chatte.