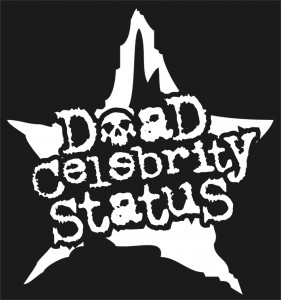 Oddly enough, my path to drumming for Dead Celebrity Status started at an IT company in 2000 working for one of their MC’s. I had actually gone to college (again) with Yas the previous year and he recruited me to be the web guy for his new startup. It was there that his first band, Project Wyze, was resurrected (i was asked to drum for that band as well, but had to turn it down due to existing commitments to tour with Uisce Beatha), went on to tour North America and achieve gold record status with Sony on their first major label release. A few years later after PW had folded i got the call once again to be a part of his new project, DCS, a live hip-hop setup featuring Yas & Bobby, DJ Dopey, keys and myself on drums. I wasn’t going to pass on the opportunity this time. 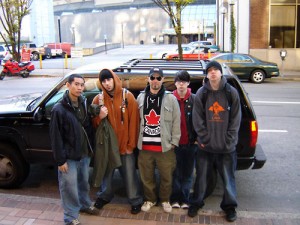 I didn’t get the chance to be a part of any official recordings with Dead Celeb, but i did get to experience a bunch of cool showcases and tours with them, including showcases in New York and LA, and tours through BC and Ontario with Bif Naked, Todd Kerns and OOYM. Probably the best time i had was on the California leg of the 2006 Warped Tour; three crazy weeks of dragging our stinking asses up the coast from San Diego to Vancouver.

Warped Tour was the last time i played with the lads. They scaled down their live setup and continued on subsequent tours as a 3 piece. I actually still have the DCS skull on the front of my bass drum, and i hear the guys are about to release a new album shortly. Perhaps i’m due for another call.