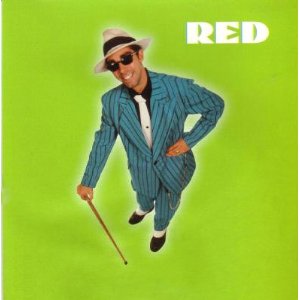 I was in RED (formerly Uisce Beatha) for approximately 3 months give or take, but it was probably the wildest 3 months i’ve ever spent in any band. I was recruited by John & Alan Glen for the sole purpose of being the drummer for their 1999 German tour, and along with Matt ‘Mitsy’ Dewar on bass we formed the new rhythm section for the Glen brothers’ European odyssey. They had been over a couple times before as Uisce Beatha, building their fan base, acquiring gear and purchasing an old VW mail van for touring, but this was the first journey over as RED.

We basically played as both bands, performing the heavier RED rock set in the larger venues, and the traditional Celtic sounds of Uisce Beatha in the smaller pubs and clubs. On some nights we even did a set of each. We covered Germany extensively and also had a 10 day stint playing shows across Holland. On off days we hit up ‘coffee shops’ and museums in Amsterdam, markets and cathedrals in France and even an inaugural trip east to Hungary over a longer break in the tour. 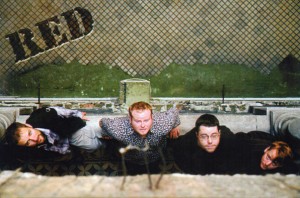 European hospitality for touring artists is legendarily accommodating, and i found out first hand just how amazing and dangerous that could be, because let me tell you, them Glen boys can drink. I don’t think there was a sober night in the lot, unless we had an evening drive ahead of us. Drinking in the van, before, during and after shows, at breakfast, on days off, in public, in private; i physically ached when i finally returned home. And the best part was that most, if not all of it, was complimentary. Drinks, meals, lodging and the occasional large ziploc bag full of green were all provided by the various venues, owners, promoters and friends we encountered along the way.

We played a couple more times back in Canada post tour, but shortly thereafter the Glen boys packed up their old south London home and moved back to Germany for good. As far as i know they are still there, and i’m still here. Recovering.