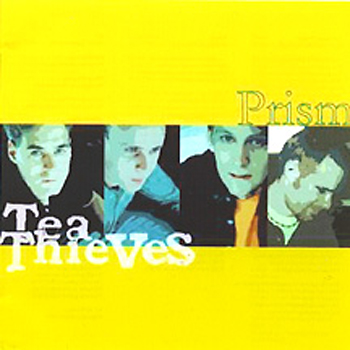 ‘Two Brits, a Yank and a Canuck walk into a bar…’ called the Fregatt in Budapest, Hungary and make beautiful noise every Thursday evening for the better part of a year.

Such was the scene in 2001-2002 when i moved to Budapest in August of ’01 and was promptly hooked up with a harmonious trio called the Tea Thieves, who were already cracking the tough nut that was the local ex-pat live music scene. I initially joined Todd Warner Moore (guitar, vox), Jamie Howell (guitar, vox) and Mike Kentish (bass, vox) with nothing more than a tiny-ass djembe drum, and over the course of many Thursdays the band saved up enough forints to buy a full kit, which we proceeded to try and cram onto the tiny Fregatt ‘stage’ over the weeks that followed.

Along the way we became quite prolific within the various recording environments tucked away in the nooks & crannies of the city and countryside, and the sweet songs written by those three lads were brought to life as a full 4 piece band. A sometimes furious fusion of folk, britpop and stadium rock was captured over the span of two EPs, the second of which is featured below in it’s entirety.

Sadly, just as we were hitting our stride playing the larger Budapest rock clubs alongside some of the city’s biggest bands (The Puzzle), the homelands beckoned and the group scattered into the jetstream back to England and North America. I was there for a good time, not a long time, but definitely a rockin’ time.